5 Reasons to Develop Your Empathy 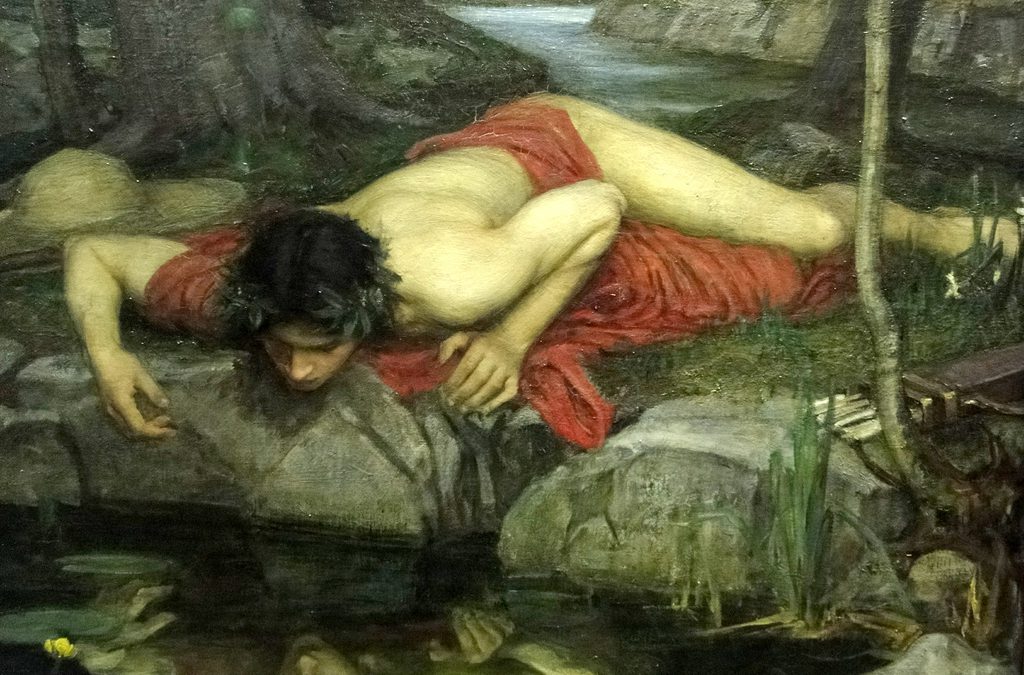 “Empathy is the one weapon in the human repertoire that can rid us of the curse of xenophobia.”

Are We Living in The Age of Narcissism or the Age of Empathy?

Maybe it’s both.
For human beings, both are innate.  Freud believed that narcissism was a normal developmental task necessary for a child to form a healthy sense of self-esteem.  As the child ages, self-interest is balanced with mature goals, which include the positive regard and concern for others that is the essence of empathy. In the language of pop psychology, the over-done and misunderstood label of “narcissist” is typically used to describe someone who is self-absorbed, self-possessed and self- serving.  In mythology, Narcissus was a handsome Greek youth who rejected the desperate advances of the nymph Echo. As punishment, he was doomed to fall in love with his own reflection in a pool of water.

The Discovery of Mirror Neurons Changes Everything

Speaking of mirrors – fast forward several thousand years to the (accidental) discovery in 1995 by Italian neuroscientist, Iaccomo Rizzolati, of “mirror neurons.” Author of  “Just Listen,“ Mark Goulston, M.D. describes the discovery of mirror neurons as follows:   “Scientists studying specific nerve cells in macaque monkeys’ prefrontal cortexes found that the cells fired when the monkeys threw a ball or ate a banana. But here’s the surprise: these same cells fired when the monkeys watched another monkey performing these acts. In other words, when Monkey #1 watched Monkey #2 toss a ball, the brain of the first monkey reacted just as if it had tossed the ball itself.  Scientists initially nicknamed these cells “monkey see, monkey do” neurons. Later they changed the name to mirror neurons, because these cells allow monkeys to mirror another being’s actions in their own minds.  The new name is more accurate, because we’re finding that humans, just like macaques, have neurons that act as mirrors. In fact, studies suggest that these remarkable cells may form the basis for human empathy. That’s because, in effect, they transport us into another person’s mind, briefly making us feel what the person is feeling. In a 2007 article titled, “The Neurology of Self-Awareness” in Edge, V. S. Ramachandran, a pioneer in mirror neuron research, commented, “I call these ’empathy neurons’ or ‘Dalai Lama neurons’ for they are dissolving the barrier between self and others.”

It is the subject of dozens of compelling articles and books exploring the implications of empathy – and a lack of – on our families, workplaces and our global society.  In his book, “The Empathic Civilization” author Jeremy Rifkin declares that the discovery of mirror neurons will change the way in which we define human nature.

Curriculums in some  medical and law enforcement programs are being redesigned to expand empathic skills to deepen the bonds of understanding. In the UK, “empathy” training is retooling the way service providers, like call centers,  measure their bottom line success. Empathy is our second nature, but it also fragile. A lack of proper nurturing of empathy in childhood, or the presence of certain brain disorders, like autism, can result in switched-off empathic abilities.  We all run the risk of acquiring what has been referred to as “Empathy Deficit Disorder” (EDD).   While we may have developed the foundations of empathy as children, we can become hardened and turned-off to people and events around us, as a form of psychological self-protection.

The formation of EDD doesn’t happen overnight.  It is more like a gradual process of chipping away at our empathy core through the repetitive practice of erosive thoughts, beliefs, feelings and behaviors over time. “Just as you can develop EDD by too much self-absorption, you can also overcome EDD by retraining your brain. That is, research also shows that your brain is capable of being trained and physically modified through conscious practices. This is known as neuroplasticity. You can “grow” specific emotions and create new brain patterns that reinforce them. As you redirect and refocus your thoughts, feelings, and behavior in the direction you desire, the brain regions associated with them are reinforced. What’s more, changing your brain activity reinforces the changes you’re making in your thoughts and emotions. The result is a self-reinforcing loop between your conscious attitudes, your behavior and your brain activity”           The Center for Adult Development

Empathy is a powerful emotion – and a powerful skill. It has the potential to transform your perspective on a dime. What you see in your world is largely filtered by your empathic lenses.
Our self-imposed empathic filters that monitor our world can sometimes be broken open by the jolt of  personal crisis or a powerful external event.  We can also commit to an on-going practice of a heart – mind opening process by consciously practicing development of our innate empathic muscles.

The conscious commitment to practice empathy will yield immediate and definite long term changes in our relationships, well-being and our world view.  Seeing and acting through our empathy filters provides us with a very different way of being in the world.