Because I Said So: The Slow Death of Autocratic Leadership 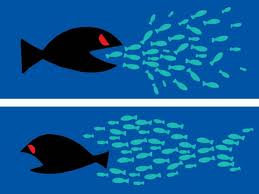 We’re watching it happen before our very eyes.  Much of the world is experiencing profound collective introspection. For some it’s a slow bubbling – for others; a fast boil.  Our beliefs, practices, institutions and our leaders – especially our leaders, are undergoing intense scrutiny and criticism. The effects are often disorienting and feel chaotic.

Ever since 1939, when psychologist Kurt Lewin named a style of leadership that has prevailed for time immemorial – authoritarian or autocratic, we’ve watched its slow demise. In the 72 years since Lewin’s research, we’ve studied, analyzed and considered the need and role of authoritarian leadership.  Lewin correctly recognized the limits of authoritarian leadership even in the turbulent period in which he did his work. Imagine opening the daily newspapers of that era, where Mussolini, Hitler, Hirohito and Franco reigned with absolute power.
Lewin, who escaped Hitler’s Germany himself, was remarkable in his understanding of the effect of a leader’s style (behavior) on his “followers.”  The authoritarian leadership style, still the prevalent global leadership style today, is characterized by nearly absolute control in determining direction and making decisions.
The influence and impact of others remain subordinate to the power of the authoritarian leader. This “style” has been so influential in the development of modern management systems that the term for those who work for those leaders still remains – subordinates.  Lewin wisely recognized that authoritarian leadership produced lower levels of participation and creativity. In his three stage theory of change; Lewin believed that the first step required an “unfreezing” of the inertia that resisted change and a dismantling of the mindsets that kept the status quo in place. Lewin thought this phase of change typically resulted in confusion and chaos. We know that the old ways are no longer working and we still haven’t caught sight of the how and what will come.
The new mindsets are being birthed, but we can’t get to the third stage of completion until we get through those uncomfortable, often arduous first two steps.

Authoritarian Leaders in a Connected, Networked and Social World

Leadership style has a direct causal relationship on the values, culture,  motivation and success of an organization or institution. Classically, authoritarian, command and control  leaders are not concerned with the will and needs of their “followers.” They lead by methods, with varying degrees of sophistication, of coercion. There’s little shared vision. While in today’s world, they have learned to speak the language of team work, talent, innovation and social purpose, their subjective lens on the world still blinds them to  the will and needs of others.

Leaders in a wired world are now exposed in ways that were unimaginable even five years ago. Their actions are inevitably visible, sometimes immediately, especially problematic for them as the demand for transparency becomes more urgent.  In a networked world, authoritarian leaders stand out like totemic figures, who by their very position, become targets.  Micah Sifry’s comments on how technology is changing the political world, can be generalized to the wider institutional world, “ It’s a vastly different kind of leadership that is emerging. It’s one that is like the networked technology that supports it. Most of us come from a world and a generation that only knows one kind of leadership, the one whose organizational structure looks like a confusing government flowchart.  Everything about our industrial age institutions, trains us to think of leadership as top-down, command-and-control. Give the right answer, get into the right school, get a good job, work your way up the chain of command, win the good life. But today, more and more of us live in a sea of lateral social connections, enabled by personal technology that is allowing everyone to connect and share, in real-time, what matters most to them.”

While today’s authoritarian leaders are inescapably on a collision course with technology, social media and generational demographics, making the transition to more democratic and participative leadership  and systems will not be easy. The models are starkly different. They require radically different mindsets and skills to succeed.  Not known for their empathic skills, authoritarian leaders must literally learn to rewire their neural networks (if they can)  to expand their appreciation and understanding of others.  Studies have found that the higher the degree of preference for social dominance orientation, the lower the activation in the brain centers for pain recognition in others.

Organizations and institutions built on the old hierarchical models will become increasingly difficult to sustain in such a highly competitive, interrelated global environment.  The new model of leadership will require highly conscious mindsets that understand that systems are comprised of whole persons with unique needs and skills.  The signposts are clear. The emerging leader desires partnership, balance and creativity. This leader is not reluctant to share power. This leader is not driven simply by an individualistic vision. This leader understands that real trust and loyalty are not quaint artifacts of bygone days – but real energies to be harnessed for the collective good.
These leaders are committed not only to their own constant evolution – but the evolution of others. Unlike the autocratic leader, these leaders understand that unless we’re in this together, there’s a world of trouble ahead.