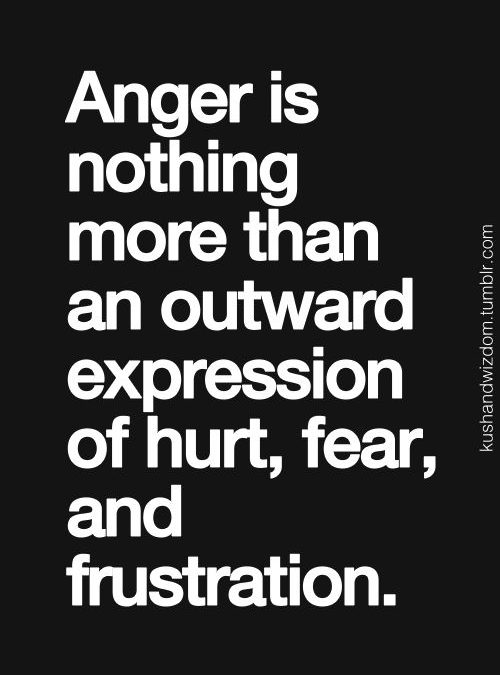 “Anger can be a wonderful wake up call to help you to understand what you need and what you value.” Thich Nhat Hahn

For seven years I regularly facilitated seminars on conflict resolution.  Most of the group participants wanted answers to problems they saw as the source of their conflict. Usually this had to do with fixing the behavior of another person.
Imagine the surprise when I asked them to reflect on a set of questions that focused almost exclusively on their own anger.

What do you believe about anger?

What is its purpose?

How do you express your anger?

How do you want others to express their anger to you?

How do you repress your anger?

Do you do anything to shut down the anger of others?

If your anger could talk, what would it say?

These were often intense and exciting conversations.  From the boisterous to the contrite, one thread ran through the hundreds of groups I listened to – the majority had never taken a deep look at the nature of their own anger.
A specialist in understanding anger, Dr. Steven Stosny, founder of Compassion Power, writes, “Most people with real anger problems think that something outside of them controls what they think and feel.”  This belief isn’t confined to those with “anger problems,” most of the people I met in these groups were trying to solve problems that were outside of their control.  This indeed is a recipe for more anger.

Psychologist Carol Tavris, called anger the “misunderstood emotion.” Anger is regularly referred to in popular culture as a “negative” emotion. Many Buddhists consider anger a “destructive” emotion, one of the kleshas – mental states that cloud the mind and manifest in “unwholesome actions.”
To be sure, anger can shut down thinking and take a terrible toll on our physiology.  From petty nastiness to acts of extreme violence, anger’s manifestations are personally and collectively toxic, one of many reasons we avoid even discussing it.  But as Tavris has written “The beliefs we have about anger and the interpretation we give to the experience are as important to its understanding as anything intrinsic to the emotion itself.”

In the complex challenge of understanding our emotions, we often have to return to our childhood roots.  Science is still unable to trace the source of emotions so we surmise that somewhere in our howling cries as infants and toddlers; the norms for labeling anger were established. This is the only world we knew. These experiences formed our models for feeling ourselves in the world.  Here the separation between thinking and feeling began to take shape.

The kids we played with brought their own rules and behaviors – conflict often resulted. It too, was labeled.  It’s likely that our caretakers shared not only their own unexamined beliefs about anger but set an emotional tone for how we handled our own nascent understanding of this uncomfortable feeling.
Early on many of us learned that anger was a reliable – albeit sloppy way to get what we want.  We may have  discovered that anger was the underlying current in the household.  We may have been taught that “tempers” were inherited and that’s why we were always upset – “You take after your Dad.”  We got the message that our parents or caregivers were too difficult, fragile or threatening to approach with our own anger.   We learned to subvert our feelings because the environment just did not feel safe enough to divulge our truths.
And for too many of us – we still carry that pain.
Consequently, few of us learned the honest and healthy expression of getting our needs met. Instead we learned covert and often manipulative strategies that habituated into adult feelings and behaviors.  In his Mindful Magazine article, Cooling the Raging Fires, Dr Jeffrey Brantley writes, “ What we are experiencing and calling “anger” is actually a complex and unfolding series of mental and physical events designed to help us deal with a possible threat or the experience of hurt or pain.”
The mixed signals from the cultures we live in complicate our own ability to reconcile with emotions as challenging as anger.  While not necessarily causal, unexpressed, unhealed anger can take many forms (gun violence, domestic abuse, rape, suicide).
Anger in most workplaces is pervasive, covert and mostly unmanaged.  Work-related bullying is one place that unresolved anger finds an outlet.  Employee disengagement is another.  Although there are many emotions (disappointment, mistrust, sadness, anxiety, frustration, hopelessness) that contribute to the growing number of disengaged workers, anger is surely at the top of the list.

Anger’s powerful physiological response can terrify us and turn us on. Our limbic response to an emotional trigger (internal or external), activates every muscle in our body.  Strong hormones are released that can make us feel out of control and exhilarated.  It’s easy to see how anger, in its many forms, can become habituated and subconsciously subverted.
Some us learn to use anger to mitigate other emotional responses.  We get angry, when we’re really anxious. We let anger pump us up to be more confident and less fearful. We jolt ourselves out of depression by jump starting anger.  We try to ease physical pain with anger.  We try to borrow from the energy of anger to motivate ourselves when we can’t find our natural rhythm.
Because the natural function of emotions is to tell us that we are not getting our needs met, we learn to substitute other emotions that feel safer and act as a “cover” for anger. These cover emotions usually don’t get to the heart of what we really need, but provide an outlet for the energy that must be released.

Unless we face the underlying pain that anger is shielding, these forms of self-protection will never satisfy our deeper needs. Anger can be an attractive elixir to the powerlessness we feel.  Anger can be a cheap source of power to some, but can never erase the pain that drives it.

All anger has a source or root.  Psychologist Marshall Rosenberg, creator of the Nonviolent Communication (NVC) process believes that “At the core of all anger is a need that is not being fulfilled.” Rosenberg contends that anger has much deeper and embedded roots within our social and political context.   In Rosenberg’s model, anger is often an outcome of systems (governments, institutions, organizations) that regulate human affairs through a process of domination.

In his book, The Powers that Be, theologian Walter Wink refers to these dominate systems as being ones in which a few people control the many to their own advantage.  Building on Wink’s work, Rosenberg adds that in dominant systems you have to train people to think in ways that self-suppress so they fit into the system.    He asserts that being able to liberate ourselves from anger is in a sense liberating ourselves from dominant systems.
Meeting our anger on neutral ground can be a life-changing, or as Marshall Rosenberg calls it, life-serving experience.  Anger, the “enemy” that we have been taught to emulate, avoid, loathe and repress has a deeper value if we are willing to explore. In 10 Steps that Transform Anger into Compassionate Connection, the authors write, “Every minute, every one of us is alive with needs and values seeking expression.”
To change our relationship to our anger we must first, get to know it more intimately. We must be wiling to trace its roots – wherever it takes us.  And most important we must observe patiently as anger tells its stories with an open and compassionate heart. If we can do this, we can taste a little more freedom with every experience.
Thanks for reading and taking the time to comment, subscribe, share, like and tweet this article. It’s appreciated.
Louise Altman, Partner, Intentional Communication Consultants
Join us here if you’d like to receive our occasional general mailings!
Related articles: Talking Emotional Literacy, Emotional Mindfulness: What Anger, Vulnerability & Despair Can Teach Us, The Emotions Series – Impatience and Frustration  Guilt and Regret~ The Emotions Series