How Many Hours Do We Need to Work to Be “Productive?” 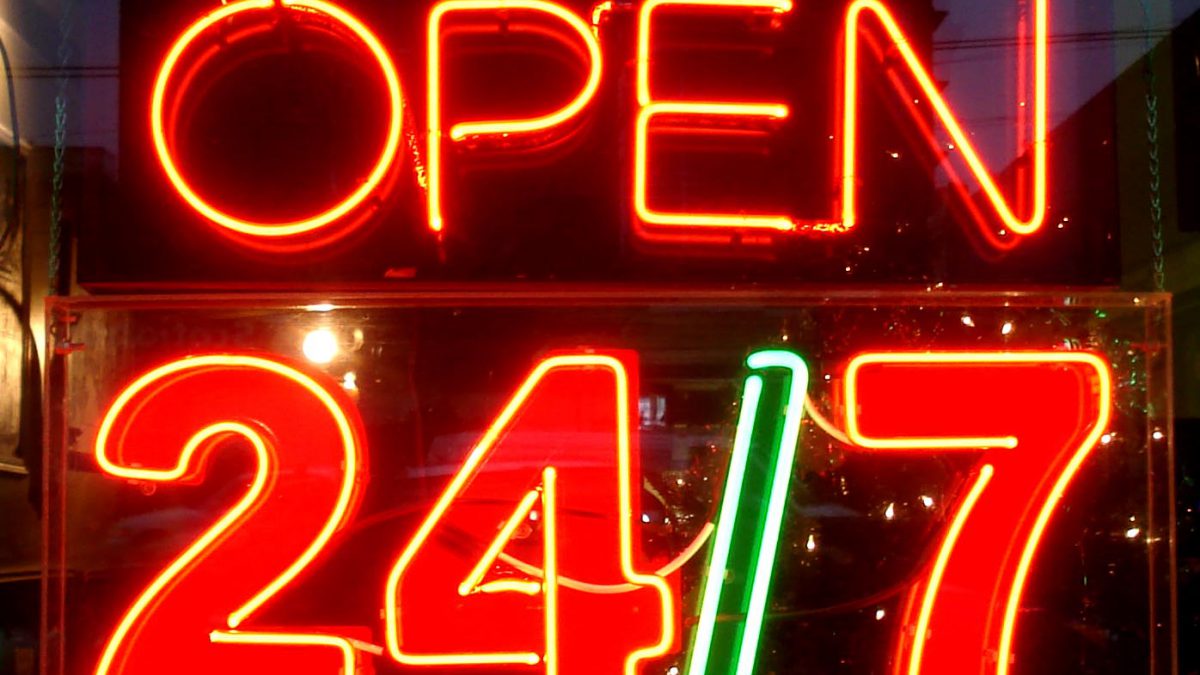 “Work is no longer a place; it’s a state of mind. It’s become less about when I turn off the office lights and more about when I turn off (at least mentally) the inbox.” Christa Carone, Chief Marketing Officer, Xerox
Is the private life dead?
When you hired me, did  you buy my evenings, weekends and holidays?
Now that you can reach me anytime via my smart phone – should I respond when the “boss” is calling or texting and I am in the bathroom? How about when I am out for a walk with my child or on my way into a movie on a Friday night?
Maybe it’s important – I’ll just respond to this text.
What about that email from the boss that arrived at 5 am?   OMG – its 7 am already, he’ll think I’m a slacker because I didn’t respond earlier. I should start getting up at 5 because more people seem to be getting started to work around that time?
My boss gets to work at 6am – she says she likes to get an early start. When I was first hired I noticed she’s still there at 6pm! Does she expect me to put in a 12 hour day – everyday?
Unfortunately, all the above are real scenarios. My informal poll tells me the average salaried worker is putting in about 10 – 12 hours per day/night/weekend.
Is this productive?
And by the way, when was the last time we/you defined productivity? And whose productivity are we defining – the organizations’ or our own personal standards?
Or is that distinction an amorphous blur in today’s work world?

In his recent New York Times article, Let’s Be Less Productive, author Tim Jackson defines productivity, “as the amount of output delivered per hour of work in the economy.”  Even though the word, “productivity” has crept into the lexicon of the average person, it is, in fact, an economic term.  When your teenage sister says, “I wasn’t very productive today, I just sat around reading and watching movies,” she’s unconsciously defining her time spent through the lens of economic measurement.
Most of us are now culturally conditioned by the collective meme – Time is money.
As author Tim Jackson writes, “Output is everything. Time is money. The quest for increased productivity occupies reams of academic literature and haunts the waking hours of C.E.O’s and finance ministers. We’ve become conditioned by the language of efficiency.”
Using the simple language of efficiency metric, each person should ask – how many hours of my life do I have to trade for enough money to buy particular items?  When I count my hours, do I include the amount of time it takes to commute to work? How about the time spent grooming and preparing a wardrobe to wear for work? Should I factor in the costs for those items as well? If it’s a matter of economics, everything’s on the table, right?
In more deeply defining productivity, blogger Jamie Notter suggests that each person should define the term to personally determine the value/s that matters most to them.  His three domains of value include:

According to Jamie Notter, the only truly productive task you can perform before you know your purpose is to work to discover what that purpose is. The pursuit of essence, Jamie says, is essential if you want to have a nonzero productivity.

The Facts on Long Hours – Old and New News

The contracted post-recession employment climate has had a chilling effect on discussions of 4-day work weeks and personal aspirations to have more of a life. Fear, always a major player in work life, drives behavior even more in this environment.
But the facts remain the same. There is little evidence to support that longer hours alone boost productivity over time.   In her excellent article, Bring Back the 40 Hour Work Week, author Sara Robinson, writes, “Most American workers don’t realize that for most of the 20th century, the broad consensus among American business leaders was that working people more than 40 hours a week was stupid, wasteful, dangerous and expensive — and the most telling sign of dangerously incompetent management to boot.” Now,  Robinson continues, “It’s a heresy  (good luck convincing your boss of what I’m about to say), but every hour you work over 40 hours a week is making you less effective and productive over both the short and the long haul.”
In 1914, following extensive research, Henry Ford, defied the corporate status quo, by scaling back the work week for his employees from 10 hour to 8 hour shifts and trimming the work week from six to five days.  Ford famously claimed, “Now we know from our experience in changing from six to five days and back again that we can get at least as great production in five days as we can in six… Just as the eight-hour day opened our way to prosperity, so the five-day week will open our way to a still greater prosperity.”
In his 2005 white paper which examined programmer productivity, engineer Evan Robinson reported, “Throughout the ’30s, ’40s and ’50s, studies were apparently conducted by the hundreds and by the 1960s, the benefits of the 40-hour week were accepted almost beyond question in corporate America. In 1962, the Chamber of Commerce even published a pamphlet extolling the productivity gains of reduced hours.”
SO what happened?
Turns out that in the post WWII shift from industrial work to white-collar professional jobs, driven by the expansive GI Bill, leading employers assumed that if you weren’t lifting heavy objects and working up a sweat, you should be able to work longer hours.  But extensive research into sleep deprivation, psychological factors such as depression and stress disorders and optimal brain functioning measurements have shown that, in fact, the “knowledge worker”  has less good working hours than manual laborers do.  We now understand that the brain’s neural energy uses 20-25% of overall available energy for the average person.
As Sara Robinson points out, an entire generation of workers – shaped by uninformed post WWII models of the ideal worker – morphed into Silicon Valley workaholic cultures that management gurus like Tom Peters and others inadvertently anointed as “excellent” and “passionate” has brought us to this point in time where 70 hour work weeks are not uncommon.   Robinson believes that “the rapacious new corporate ethic was summarized by two phrases: “churn ‘em and burn ‘em” (a term that described Microsoft’s habit of hiring young programmers fresh out of school and working them 70 hours a week until they dropped, and then firing them and hiring more), and “working 90 hours a week and loving it!” (an actual T-shirt worn with pride by the original Macintosh team. And this mentality soon spread from the technology sector to every industry in every corner of the country.”
To further complicate the culture of overwork we’re now locked into, economists say that GDP gains that have been made since the recession (formally) ended in 2010, were realized because of the record high worker productivity since that period.  In fact, the U.S.economy is producing more real GDP today than in 2007 with 7.3 fewer private sector jobs.  Given more capital equipment, improved technology and better skills the same number of workers can produce more income.
The bad news is that while corporate profits have reached an all time high, the so-called “jobless recovery” means that companies have been reluctant to hire more workers.  While fueling the recovery for corporations, workers’ share of the wealth has dropped to 57% – after maintaining a steady rate of 64% for nearly 53 years. Bottom line – workers are working longer with less to show for it.

Which will win out –  the  human spirit or the drive for greater profitability via human “productivity?”   How long and how far will workers continue to drive themselves for the sake of a comparatively dwindling paycheck? We all must survive economically – but we all must live in the process. Unless we are willing to continue to sacrifice our precious free time to accommodate corporate balance sheets – it’s inevitable that new technologies will either enable people to work longer or eliminate the need for our services completely.
Let’s Be Less Productive author Tim Jackson states society must be committed to the “dismantling of perverse productivity targets and a serious investment in skills and learning. This has less to do with chasing after growth and more to do with building an economy of care, craft and culture. And in doing so, restoring the value of decent work to its rightful place at the heart of society.”
But it won’t happen unless we stop and personally redefine the value of productivity for our lives and for our cultures.
Tony Schwartz, creator of the Energy Project, summarizes where we need to focus our future thinking in redefining what he calls, The Productivity Myth, “We need a better way of working. It’s not about generating short-term, superficial productivity gains by using fear as a motivator and then squeezing people to their limits. Rather, it depends on helping leaders to understand that more is not always better, and that rest, renewal, reflection and long-term perspectives are also critical to fueling value that lasts.”
Thanks for reading and taking the time to comment, subscribe, share, like and tweet this article. It’s appreciated.
Louise Altman, Partner, Intentional Communication Consultants
Join us here if you’d like to receive our occasional general mailings!
photo credit by Tom Magliery flickr 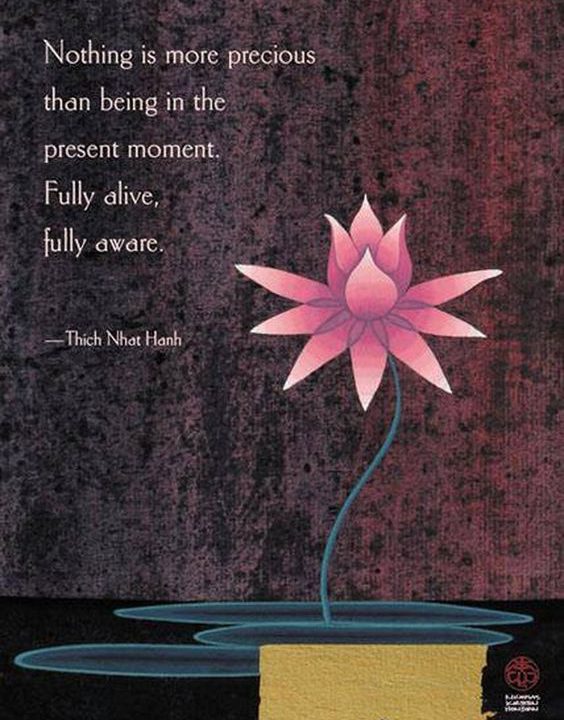 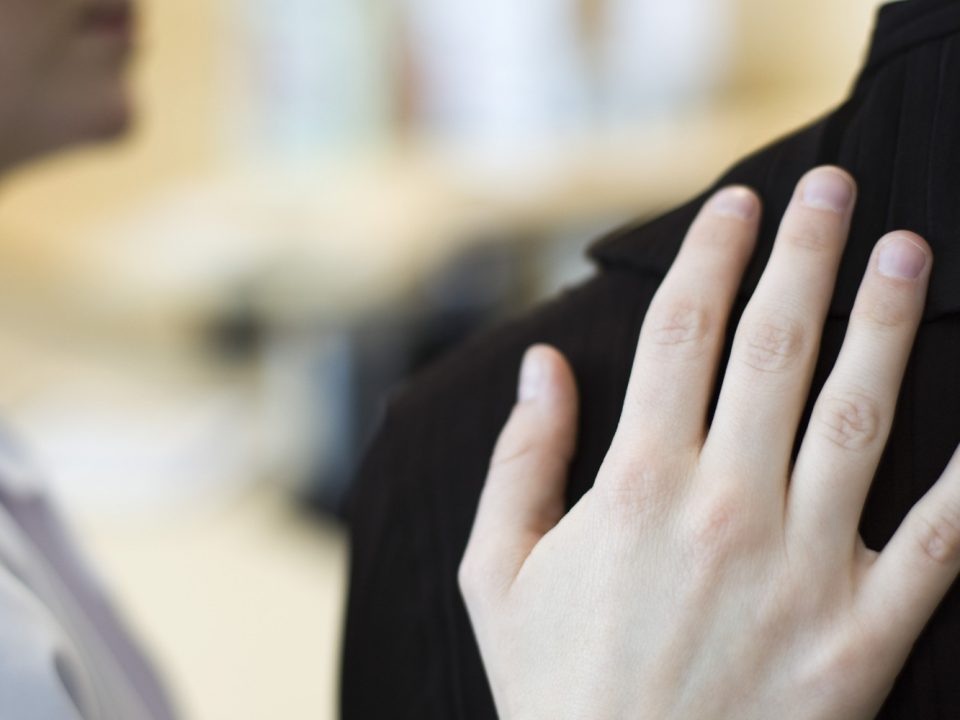