Self Talk – Are You Judging or Coaching? 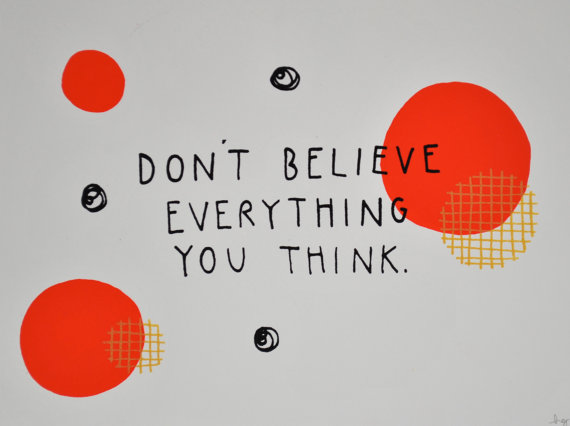 I once heard someone say that if we overheard a conversation at the next table in a restaurant with people talking to each other the way we talk to ourselves – we’d get up and leave.  Know what I mean?  This statement has stayed with me for a long time, especially when I am judging myself harshly or listening to the stern self-judgment of others.

Why do we do this? Why are we so hard on ourselves?

In psychological and personal development circles, it’s called Self– Talk and in our experience few people do it constructively and compassionately.  Self-talk is that endless mental chatter, often between parts of our selves that is essentially our LIFE SCRIPT.  It is the narrative that we run about our experience and the state of the world inside our heads.  Self-talk isn’t just pop psychology jargon, it is a real function of the processing of our brains as we attempt to gather new information and self-regulate. Mostly self-talk is our brain running on auto-pilot, out of our conscious awareness. Researchers say that 75% of the average person’s self-talk is negative. We don’t know how they measured that, but it sounds about right in our experience.

Where Does Our Self-Talk Come From?

The roots of self-talk are interesting. According to moral development expert, Lawrence Kohlberg, it begins with our earliest repetitive self-mutterings as toddlers, when we use certain words we hear for comfort.  As we get a bit older, we use it to learn to self direct our behavior by talking to ourselves as if there was someone else in the room.
By about age 7, this self-guiding talk becomes internalized thought.  At this point what a child has heard, seen and felt around them become their own internal voices. Fundamentally, what we have integrated by that age are most of the basic beliefs, ideas and often, feelings, of our closest care takers and cultural influences.
Most childhood experts agree that self-talk is a remarkably positive human (and unique) mechanism.  Using self-talk to learn new behaviors  and guide healthy and ethical choices is fundamental to positive growth. It is the essence of what we call “conscience.”  But experts also point to children and adults whose self-talk is so contradictory and self-defeating that they can act destructively or simply out of impulse.

Who is this Inner Critic?

What is so important to understand about your self-talk and its implications is that your thoughts (self-talk) trigger your emotions (feelings) and drive your behavior.  Self-talk is not idle. Ultimately it translates into choices and actions.

Can we turn our Inner-Critic into an Inner–Coach?

The good news is that we can. Unless we have certain psychological or brain disorders, we can change, with effort and consistency, and rewire our brains to positive self-talk.
The brain likes and looks for patterns. Negative or positive.  The brain likes patterns because it doesn’t have to work as hard in processing information. Every time we change a negative self-talk pattern (and we do this – thought by thought) we are reshaping our neural networking.
The brain will also eliminate unused neural pathways. In other words, if we disrupt and minimize certain thinking patterns, the brain will eventually excise that neural network.

The 5 Essential Tools to Changing Self-Talk

You can change your personal narrative. Start now by imagining a day of self-talk that reinforces your most positive beliefs (about yourself, others and the world). It can have a life-changing impact on your work, relationships and most important, your health.  It also feels a  lot better.

Thanks for reading,
Louise Altman, Partner, Intentional Communication Consultants
Join us here if you’d like to receive our occasional general mailings!