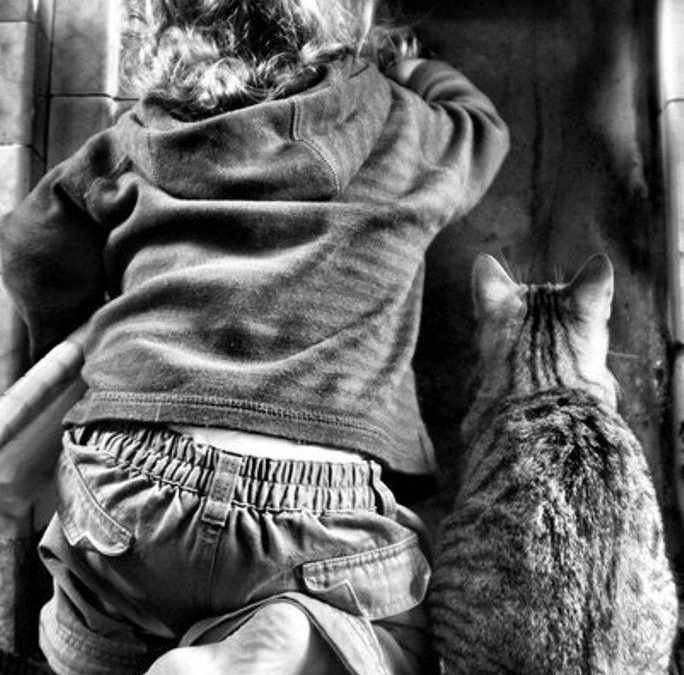 I was a really curious kid. How about you?
They say all kids (and apparently cats) are curious.
Of course that’s true (I mean about the kids, I don’t know enough about cats to make that claim) but I was a very curious kid. I always wanted to know WHY. Why is it raining here but not there? Why can’t I eat dessert before dinner? Why is the man down the street so grumpy? Is he sick? Will I get sick? Will I die if I get sick?  As we all know the questions get more and more complicated.
The quality of the answers we got as children probably had a lot to do with the habits we formed about asking questions.  At some point, most children lose interest in asking why.  Even the most dedicated parents tire of responding to a barrage of questions and artfully (and not so) find ways to deflect their little ones’ inquiries.
Many people believe the nature of the average formal education can have the effect of shutting down imagination in favor of standardized learning. Albert Einstein famously said, “It’s a miracle that curiosity survives formal education.”
I’m a product of the generation that often had a handy proverb ready for inquisitive kids like me, “Louise, curiosity killed the cat.” I really never knew what that meant. We never had a cat, so I never had the chance to closely observe them (but this saying made me want to know more about WHY cats were so curious). I naturally concluded that dogs (the other pet of choice) must be as curious, but maybe cats were special. You get the picture.
This proverb has influenced thinking about curiosity for a long time.  Although the origin of the modern version only appears in print in a Handbook of English, Irish, Scottish and American Proverbs around 1873, the older version dates back to the 1500’s even showing up in Shakespeare’s Much Ado About Nothing , “What, courage man! What though care killed a cat, thou hast mettle enough in thee to kill care.”
The modern version seems to warn us of the dangers of too much unnecessary investigation or experimentation.  We’re warned of the perils of being too pushy and nosy for our own good.
Fast forward to the 21st century and it turns out that this nosy kid’s insatiable curiosity is now considered a highly valued core strength. Science is discovering that curiosity turns on the brain and leads to creativity and innovation.  The brain likes curiosity. It likes stimulation, variety and the new.  What the elders of my childhood didn’t know was just how much brains love to learn. Brains are constantly seeking new information and making predictions based on that knowledge. In the process, neuroplasticity is strengthening neural networks and using the information to make even better predictions. Turns out curiosity feeds the cat!

I want to know – but there is no consensus – is curiosity an emotion?  I put curiosity squarely on my emotions list as do many others who seek to categorize feelings.   Curiosity like many other emotions seem to have a hybrid nature – falling between cognition and feeling.
Studies show that contrary to earlier scientific speculation about the nature of curiosity, three areas of the brain show activity when questions arouse interest in the subjects. One of the areas of the brain that responds is the caudate which seems to sit at the intersection of new knowledge and so-called positive emotions.  While researchers have pointed out that these findings reinforce other studies that show that curiosity stimulates the dopamine reward center – the reasons an individual seeks certain information is still not understood.
Jessica Austin of Positive Acorn describes curiosity as a knowledge emotion, “Knowledge emotions aren’t what we typically think of when asked to make a list of emotions. Usually people list fear, happiness and anger before they would think to add interest, confusion, surprise or awe. It is through these emotional states that we find flow and are able to broaden and build our understanding of the world around us. According to research curiosity is at the top of the list for determining leadership potential along with emotional intelligence and openness to learning.”
Curiosity is my natural default state – my natural habitat. Admittedly, my curiosity is broad but selective; while I have no interest in knowing how my refrigerator works, I have an avid interest in learning about how the brain works.  While lacking any research to cite, I believe our levels of curiosity are linked to values and motivation.  Our values point to the meaning that drives our curiosity and our motivation the energetic engine that supports and sustains the quests.
Curiosity is often my “go-to” emotion.  Often I turn it on when I am perplexed or even frustrated by something or someone I am challenged to understand. It’s a particularly useful emotion when conflicts arise because it supports quieting the mind enough to listen.  Curiosity, especially about understanding others, also helps invite empathy to take a seat at the table.  I find that when I truly open myself to being curious about another person’s feeling and needs, I suspend judgment more easily.
The beauty of curiosity is that the mind can remain inquisitive, yet somewhat neutral. This can have the effect of opening up perspective – the view of what is gets larger. Curiosity is also a wonderful gateway emotion to enthusiasm, excitement, optimism and passion.  A curious mind is an engaged mind – and without curiosity there can be no real engagement.

In a recent article, On Cultivating Curiosity, leadership author John Maxwell shares his concern about people who seem to have lost the wonder of curiosity, “I often wonder why more people aren’t curious. So many people seem to be indifferent. Why don’t they ask why? Are some people born without the desire to learn? Are some people just mentally lazy? Or does life become so routine for some people that they don’t mind living in a rut, doing the same things day in and day out?”
To understand more about curiosity, it’s important to know how one of the most complex systems of our neural architecture works – the RAS (Reticular Activating System) The RAS is the virtual gatekeeper and editor of your brain. It acts like a filter that decides which thoughts to focus on at any given time. Sorting through about 8 million bits of subconscious information per second, the RAS decides what messages get through to the brain which will then be translated into conscious thought and emotion.
So what’s the “magic” key that opens the RAS door? What factors decide what information will make it through the gate or not?  The answer is fairly simple – where you place your attention and focus.
One common example is you decide you are interested in buying a red Toyota Prius and suddenly you see more of them on the road. Our focus instructs the RAS to seek out the information (and possibly experiences) that are important to us. Because the RAS sorts for the new and the novel, curiosity can clearly trigger the RAS to activate attention for information and ideas and stimulate the natural flow of creativity.
Because the ultimate function of the RAS is to filter for threat, it can activate the brain’s “lower” system – to fight or flee – if the information is perceived as potentially harmful.  Perceiving “threat,” the RAS sends the stimulus directly towards the limbic system for physiological mobilization to thwart the danger. The more reflective parts of the cognitive brain, having received less sensory input, are denied participation in the response.
Threat – read stress – from the brain’s perspective shuts down our natural curiosity radar to attend to the “dangers” at hand.  Research has shown that this state can become chronic. Fossilized beliefs, habituated states of fatigue and mental and emotional stress shut down the desire to learn and take in new information.  To John Maxwell’s questions – chronically stressed and emotionally exhausted – people can lose their natural vitality to stay present and engaged in the world around them – even the world within them.

Continuous learning and personal growth are becoming requirements for success in today’s job market.  Staying professionally “viable” is a worthy goal to invite more curiosity into your life.  So are the benefits your brain gets when you naturally stimulate your mind with your curiosity.
But most of all, become more curious because of the delights that await you. Remember the child in you that loved to explore – free and agenda-less?  Recall all the times in your life where your curiosity brought you new experiences that still resonate with you today.
Who better to reconnect us with the wonder of curiosity but one of my favorite sages, Albert Einstein, “The important thing is not to stop questioning. Curiosity has its own reason for existing. One cannot help but be in awe when he contemplates the mysteries of eternity, of life, of the marvelous structure of reality. It is enough if one tries merely to comprehend a little of this mystery every day. Never lose a holy curiosity.”
Bravo Albert.
Thanks for reading and taking the time to comment, subscribe, share, like and tweet this article. It’s appreciated.
Louise Altman, Partner, Intentional Communication Consultants
Join us here if you’d like to receive our occasional general mailings!
Related articles: 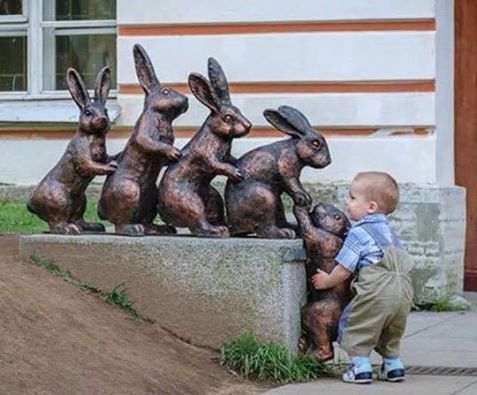