The "Management Model" You Can’t Manage Without – Part 1 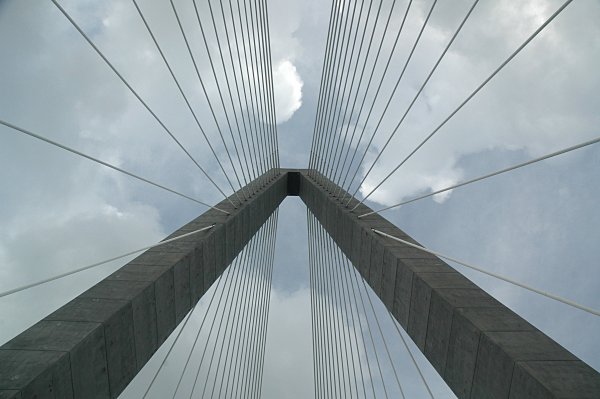 In his book, Your Brain at Work, author David Rock gave organizational leaders an essential model for understanding human dynamics at work.  Forget the “toolkit.”  This model is the foundation that holds everything affecting performance in place. Leaders and co-workers entering the brave new world of business in the 21st century who ignore this knowledge face a serious uphill climb.  We can’t really blame organizational leaders for misunderstanding human dynamics. The modern organization and the rest of the Western World  has been chugging along since the First Industrial Revolution shaped by the thinking of French philosopher and mathematician Rene Descartes.
In 1641 Descartes wrote his famous essay Meditations which declared that the brain and the mind existed in two separate spheres –  one material and the other ethereal.  His belief that the physical brain was purely a mechanical instrument has since shaped the dominant world view of how humans function.  In his early research, Freud attempted to offer a vision that the brain could change in response to a person’s experience. The Viennese scientific community roundly rejected his notion.  Flash forward to 1968 when Johns Hopkins graduate Michael Merzenich took up research at the University of Wisconsin and discovered that brains do reorganize themselves based on sensory experience.
Even though Merzenich’s groundbreaking work was first rejected by the scientific establishment, it opened the door to serious reevaluation of the premise that the brain is fixed. In May 1999, Dr. Merzenich was honored by the National Academy of Sciences for his work on brain plasticity. These early pioneers helped to break the Cartesian spell that is still unfolding; at long last neuroscience has recognized that the brain is in fact, “plastic.”

Far from our brains being static and immutable, we’ve learned over the last century that the potential for humans to change is possibly limitless.  This breathtaking realization doesn’t seem to have translated into organizational appreciation for the true potential of its workers.  Although some enlightened organizations have made learning a permanent structural feature and embedded it system-wide, most companies are still not committed to on-going employee development  as an essential business ingredient.

There are certain terms in mainstream business lexicon that bug me – performance is one of them. Increasingly, people are finding that the term performance feels demeaning and controlling.  Although the word performance has its roots in the 14th century as a term for carrying out or doing, its application in the 18th century to describe exhibitions and entertainment, can strike some workers as more apt. Some critics have suggested that the terms, contribution, accomplishment and service might be more appropriate to describe the role that workers play in meeting organizational goals.

Business dictionaries define performance as “the accomplishment of a given task, measured against standards of accuracy, completeness, cost and speed.” While there is no real known metric to substantiate most worker performance, many organizations act as if they know. We can’t know this because we don’t know how to quantify the profound mysteries of human behavior.  The findings of neuroscience are helping us to get a little closer to unraveling some of those mysteries.  Using neuroscience to understand human behavior – motivation, conflict, reticence, resilience and influence – is the logical means to enhancing awareness and skill development.  The beauty of learning via neuroscience is that we expand self-knowledge in the process of understanding how other individuals and groups work. Rock smartly asserts that “neuroscience provides a data-processing frame for self-awareness.”

The explosion of knowledge from neuroscience is influencing the way we understand what performance actually is.  I often wonder what people mean when they talk about rating, assessing and improving performance. They’re caught in the doing of performance without actually understanding its component parts – how we think, how and what we feel and what we do as a result.  The culture at large seems fixated solely on behavior. We’re a “doing” culture.  We assume, expect and demand behavioral solutions and change often without acknowledging the inner mechanisms that result in behavior.  The latest expression of the language of our doing culture is the use of the word “drive.” Everyone’s driving something – metaphorically speaking – earnings, sales, solutions, profits and performance.

Author Bruce Watson wrote: “Once a clearly defined term, the word drive has become one of the most insidious and overused buzzwords in the business lexicon.”  Literally, the word drive means to compel or control something, so its application to concepts such a human performance has no factual basis. I expect that sometime in the near future, the word management will even come under intense scrutiny. Can we really manage human behavior? How effective are the systems we’ve constructed in organizations to compel or steer human behavior? I believe that the findings in neuroscience are forcing organizational leaders to stop assuming they can control human dynamics without understanding how they work.  Still skeptical and wary of psychology and the so-called “soft skills,” many organizational leaders lack basic information about the factual underpinnings of human behavior. They continue to marginalize and minimize the impact of human internal processes on the effectiveness of professional life.  Too many leaders want the human product without the mess and the fuss of human emotions. They are as W. Edwards Deming stated,” afraid of dealing with the business of people.”  But as Deming also counseled, “Any leader of transformation, needs to learn the psychology of individuals, the psychology of a group, the psychology of society and the psychology of change.”

The Practical Applications of Neuroscience to Human Behavior at Work

For executive coach, David Rock, practical neuroscience applications evolved in the natural progression of his work. In attempting to source and explain the changes in cognitive processes his clients were experiencing, he began to draw on the findings of neuroscience.  As a result of that interest, Rock identified five domains of social experience that the brain treats as survival issues: status, certainty, autonomy, relatedness and fairness. Named SCARF, the model “describes the interpersonal primary rewards or threats that are important to the brain.”  The critical importance that forms the basis of the SCARF model is that experience is relational – our brain co-exists with other brains. Status is simply not self–determined; certainty relies on interpersonal events; autonomy is defined relative to outside forces; relatedness is necessary if we are to thrive and fairness is judged through a complex of emotional interconnections with others.

All of these domains form the core of the way that work is carried out by people. Behavior or performance is the outcome of these processes. If my brain, in all of its complexity, perceives that I am not valued (S), unsafe (C), controlled (A), alone (R) and mistreated (F) you as a manager are unlikely to see me perform optimally. Granted, this is all subjective – which adds greatly to its complexity. Shaped and influenced by outside events and past experiences, my organizational “behavior” can only be addressed by understanding the fluidity of the social dynamics impacting my brain.  The knowledge that the brain exists in relation to other brains and the potential of reward and the danger of threat, calls many common management practices into question. In Part 2 of this post, we’ll explore each domain in greater depth and the implication it holds for many practices which form the core of modern management.

Rock’s seminal model paves the way for an entire body of knowledge translating the findings of neuroscience into the language of business. Writing about working with the SCARF domains, Rock stated, “It’s a way of developing a language for experiences that may be otherwise unconscious, so that you can catch these experiences in real-time.” Everything that is important about the way we work is managed by the ways we manage our brains. Whether we work alone, for someone else or manage others, these processes are determining our responses.  Understanding the way we work, isn’t just some abstract, theoretical idea. The exquisite work of the brain is such that as you learn, you build a new brain and as a result – new experiences.

Join us here if you’d like to receive our occasional general mailings!
Related article: The “Management Model” You Can’t Manage Without ~ Pt.2