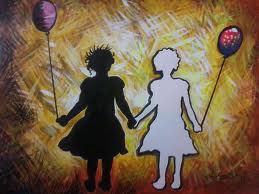 Lately, the nature of positive thinking has been on my mind.
Two weeks ago, I wrote about it in Redefining Optimism in the Face of Reality. Then, last Sunday, I came across this article, “The Power of Negative Thinking,” in the most emailed section of the New York Times.
In the article, Oliver Burkeman author of the book, The Antidote: Happiness for People Who Can’t Stand Positive Thinking, challenges many of the assertions of a virtual cottage industry of positive thinking promoters.
A quick Google search also turned up articles with titles like, “Visualize Success if You Want to Fail,” “It’s Time to End our Obsession with Positive Thinking,” and “Why Negative Thinking Makes the World a Better Place” and “Should Leaders Accentuate the Negative?”
A deeper search finds many titles warning of the “dangers” and “perils” of positive thinking. These eye-catching headlines all reinforce the theory that in journalism, what bleeds, leads – sensationalism sells.

Vociferous attacks on positive psychology began when psychologist Martin Seligman released his book, Learned Optimism in 1991. Critics, however, seem to be getting noisier and nastier in recent years – with recent attempts aimed at discrediting positivity altogether.
So what’s it all about?  Is our attempt to devalue positivity a symptom of the Age of Cynicism with historically low trust levels and a precipitous decline in belief in religion? Have we been sold a bill of goods by self help gurus (a term used by others) and positive psychology enthusiasts – modern day “Svengalis” who feed us what we want to hear and believe?

The Devil Made Me Do It

According to positive thinking critics, the “blindness” of positive thinking has led us to make terrible personal and societal choices.
In his NYT article Oliver Burkeman cites social critic Barbara Ehrenreich as having “persuasively argued that the all-positive approach, with its rejection of the possibility of failure, helped bring on our present financial crisis.”  Burkeman refers to Ehrenreich’s book, Smile or Die, to further explain the tyranny of positive thinking. Discussing the book, Burkeman explains, “The idea that nothing can go wrong is a terrible philosophy to adopt in the world of business.”
Ehrenreich has proposed an interesting idea that she believes has fueled the positive psychology “movement,” Positive thinking is a useful ideological tool for corporate America to instill in its employees and in the population at large.”  Burkeman points to the popularity of the Who Moved My Cheese franchise in the 1990’s, which was distributed by many businesses as a motivational “tool.” According to Burkeman, “You can see how useful that might be for a company planning huge and often detrimental upheavals for its staff – how helpful it would be if the staff took a compliant stance towards change.”
While I find this analysis a bit Machiavellian, it certainly wouldn’t be beyond certain managers and corporations to cushion the blow of negative news by trying to demonstrate an “upside.” That, I believe, is done everyday in meetings and workplace conversations throughout the business world. And it’s no secret (especially to those of us who work as corporate consultants) that sadly, obfuscation is a common business practice.
The problem with the Ehrenreich-Burkeman thinking is that it conflates too many issues and variables into one causal theory. At least in Ehrenreichs’ extreme view, there’s nothing positive about thinking positively.
Ehrenreich famously complained, “I hate hope. It was hammered into me constantly a few years ago when I was being treated for breast cancer: Think positively! Don’t lose hope! Wear your pink ribbon with pride! A couple of years later, I was alarmed to discover that the facility where  I received my follow-up care was called Hope Center. Hope? What about a cure? ” She chides the self-help book, How Full is Your Bucket which declared, “Ninety-nine out of every 100 people report that they want to be around more positive people. It’s everywhere, states Ehrenreich, this Cult of Positivity, at least in America, the birthplace of Mary Baker Eddy, Norman Vincent Peale and est, where 30,000 beaming “life coaches” ply their trade.”
To be sure, in cultures that lack emotional intelligence (of which balance with reason is central) denial of the so-called negative emotions creates much suffering and many real problems.
To Ms. Ehrenreich’s points, placing the US and global economies in peril was more the product of greed, corruption, lack of empathy and abdication of personal and civic responsibility rather than positive thinking. Understandably, many people struggling with major illnesses can reasonably expect to experience a range of emotional highs and lows including depression. While support groups may place undue pressure on participants to stay “positive” many studies show that a positive mindset is correlated with healing and longevity.
Self-help groups are not unique in their pressure for members to conform. “Don’t be a Debbie-Downer” wasn’t a term invented by the “positivity cult.” Most families, workplaces and other social groups exhibit tendencies towards conformity as a way of maintaining control and cohesion.

Without stirring up a hornet’s nest, the simple truth is that the thinking of positive thoughts is a matter of faith for hundreds of millions of people. The dictionary defines faith as the “confident belief in the truth, value and trustworthiness of a person, place or thing. It further defines faith as “belief that does not rest on logical proof or material evidence.”
Many critics of positive thinking bristle at the very notion of investing any emotional stock or acting on anything that is not evidence-based. Faith in something and trust are highly correlated. Working with clients on identifying their criteria for trusting, I am constantly surprised at how much of their willingness to trust depends on some form of non provable faith.
A belief in positive outcomes is often rooted in faith in a higher power – something that is not accomplished solely by us alone.It is, as theologians and metaphysicians say – transcendent to the rational mind.
Hope, a feeling central to most believers in a higher power, is often loathsome to pure rationalists and dismissed as a passive state. While hope is often associated with optimism, some psychologists who have studied hope believe they are distinct because hopefulness is cultivated when we have goals in mind.
Personally, I don’t see the distinction. With the exception of dedicated believers, hope, like optimism, must be cultivated. It’s variable and depends on the context and circumstances of our internal and external conditions over time.

The Science That’s Fueling the Debate

Studies focusing on positive thought, optimism and positive psychology have produced mixed results over the past two decades. Recently one study is being touted as the “proof” that positive thinking not only doesn’t work – but that it may actually diminish our ability to achieve our goals.
The essence of the research conducted by Gabrielle Oettingen is as follows:
Visualizing a successful outcome, under certain conditions, can make people less likely to achieve it. Experiment participants were rendered dehydrated, then some were asked to picture a refreshing glass of water. The water-visualizers experienced a marked decline in energy levels, compared with those who engaged in neutral or negative fantasies. Imagining the goal seemed to deprive the water visualizers of their determination to act, as if they’d already achieved their objective.
In Oettingens’ words: “Mentally contrasting a desired future with present reality leads to the emergence of binding goals with consecutive goal striving and goal attainment, as long as chances of success are perceived to be high.”
In his Forbes article, Should Leaders Accentuate the Negative?  author Steve Denning writes, “Professor Oettingen is saying that “thinking positive” is effective in promoting action if the goal setting is realistic and if it is linked to one’s current situation. What is ineffective is positive thinking that is only focused on the future (indulging).”
As Denning states in his article, the artificially dehydrated participants’ only real hope of ending their dehydration was for the experiment to end. Oettingen’s thesis would predict that the inclination towards action would decline in those circumstances, not that positivity necessarily detracts from future action.
Seems like a fairly slim thread to declare that positive thinking doesn’t work and in fact, impedes our chances of success. The key here is making the link between our desired outcomes, the actions we take and what is relevant to our current internal state and external circumstances.
While the most committed advocates of the Secret and those of deep faith may believe that ANYTHING is possible, what we may be learning from science is that to achieve successful outcomes our positive thoughts and visions must be more rooted in the soil of our present reality.
Even proponents of positive visualization often counsel that making proclamations like, “I am now the perfect weight” (when you are not) will inevitably fail because the affirmation is not believable. An affirmation more grounded in reality might begin with, “Today I was successful in not eating an extra portion at dinner and tomorrow I can do it again.”
While we still don’t have enough science to understand the mechanics of how beliefs work, we do know that they are powerful forces that influence every level of experience. Beliefs are very difficult to uninstall, if that is even possible. We may discover that like habits, beliefs can never really be eradicated – just replaced with stronger, more relevant ones.
Neuroscience coach David Rock points out, “Optimism should not be confused with simplistically “being positive” no matter what is going on. “ Rock refers to Martin Seligman’s research conclusions that “ the effects of optimism do not come from unjustified positivity but from thinking negatively less often. Learning optimism is about building greater resiliency and improving our performance by changing the way we interpret events, not by putting on a happy face in every situation.”
Steve Denning sums it up perfectly, “Neither relentless negativity nor perpetual optimism makes sense.”
Thanks for reading and taking the time to comment, subscribe, share, like and tweet this article. It’s appreciated.
Louise Altman, Partner, Intentional Communication Consultants
Join us here if you’d like to receive our occasional general mailings!