Vulnerability is our Common Bond 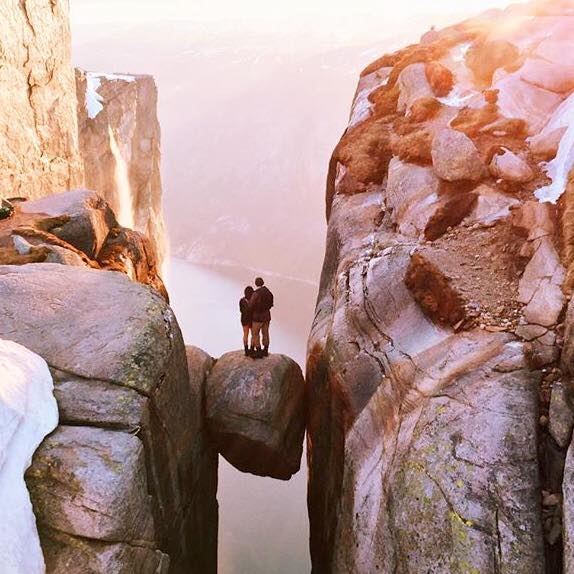 The problem is – we suffer alone.
There isn’t a human being that does not experience the fear, isolation, even shame that is commonly associated with feeling vulnerable.
We often suffer quietly because most of us live in cultures that condition us to believe that vulnerability is weakness – we must bear it alone, overcome it and rise above it.  In cultures, confused and driven by impossible concepts of “success,” there’s no room for the perceived weaknesses associated with vulnerability. We bear our hurts, doubts and fears alone because we’ve been conditioned to believe that we risk losing the illusory trophies of status and power by showing our emotional fragility.

We, as cultures, have constructed hundreds of ways to hide, deflect, ignore and bully our vulnerability. Some say that the desire to escape our painful vulnerability is the logical response in dealing with such distressing feelings.  Take a deeper look and you will see that most cultural norms have embedded avoidance of those feelings into the social fabric. Phrases like, “Never let them see you sweat,” “Put on Your Game Face,” and the elixir for manhood, “Take it like a man,” are common axioms we accept as truth.
The price we pay for stepping outside of socially sanctioned emotional behaviors is the one we fear most – social exclusion. Two recent studies may shed light in evolving our understanding of the factors that shape social bonding and exclusion. One study shows that the experience of shared pain can act as social “glue.” Another demonstrates that social pain in others can trigger our own physical pain.  According to the investigators, the feeling of social pain guides our behavior. They explain that a person’s ultimate goal is to “prioritize escape, recovery and healing,” which is why we feel social pain and are able to empathize when others experience it.
Given our legacy of emotional avoidance, it’s been almost unthinkable that we could embrace the idea that vulnerability can be one of our greatest sources of strength.  Shame researcher and author, Dr. Brene Brown put the “V” word on the cultural map when she gave her 2011 TED talk, The Power of Vulnerability. Since then and 17+ million views later, our universally shared emotional state – vulnerability – has finally received greater recognition as a potential source of growth and courage.
Brown, and others, describe vulnerability as emotional risk. What we risk, says Brown, is emotional “exposure” driven by our fear of humiliation, shame, and ultimately, social isolation.

Emotional Illiteracy
Emotional illiteracy is still pervasive.  It’s characterized by two things: an apparent lack of interest in internal life and a wholesale lack of understanding of how emotions function, despite a growing body of science on the subject.  Even after twenty years of “EI” information offered to the public, the role and significance of emotions is still widely misunderstood and under appreciated.  We’re taught little about feelings in school and next to nothing about our cognitive processes.  That’s still normal.
Psychotherapist and author Miriam Greenspan, refers to our cultural response to emotions as “phobic.”  She points out that we both fear and devalue our feelings. We are still struggling with the ancient duality of reason versus emotions. In Dr. Greenspan’s analysis, reason and the mind are associated with masculinity and considered trustworthy, where emotion and the body are associated with the feminine and seen as untrustworthy and even, destructive.  Emotions, says Greenspan, are not seen as the valuable sources of information they are – but something to get through and control.

The Primal Terror is the Elephant that’s Always in the Room
Let’s face it, even writing the next paragraph makes this article vulnerable.   In many cultures, speaking openly about death is unwelcome at best.   The dread and fear that engulf most of us when we venture down the road of discussing death is palpable.  Those few brave pioneers who attempt to engage in the greatly needed discourse on what author  Stephen Jenkinson refers to as “sane dying’ in his book, Die Wise: A Manifesto for Sanity and Soul, are rare birds.
Recently a great source of illumination on the “art of dying” has come from the author and well-known neurologist, Oliver Sacks. Since revealing his diagnosis of terminal liver cancer, Sacks has written a series of stunningly intimate and lucid essays on his experience. Standing in the center of what must be a cascade of different feelings, Sacks writes, “It is up to me now to choose how to live out the months that remain to me. I have to live in the richest, deepest, most productive way I can.”
Such elegant prose might be expected from as curious and engaged a mind as Sacks’ but who cannot be humbled by our common vulnerability when he writes, “I cannot pretend I am without fear. But my predominant feeling is one of gratitude. I have loved and been loved; I have been given much and I have given something in return; I have read and traveled and thought and written. I have had an intercourse with the world, the special intercourse of writers and readers.”
We cannot talk about our vulnerability without acknowledging the presence of the shadow that is always with us.  That we are in collective denial and resistance about death and the dying process, hurts us all.
With poignant clarity, the great poet Rainer Maria Rilke wrote, “The great secret of death, and perhaps its deepest connection with us, is this: that, in taking from us a being we have loved and venerated, death does not wound us without, at the same time, lifting us toward a more perfect understanding of this being and of ourselves.  I am not saying that we should love death, but rather that we should love life so generously, without picking and choosing, that we automatically include it (life’s other half) in our love.”

Numbing
We cannot selectively numb hard feelings. When we try to numb, we inevitably cut off our whole range of feelings. This is an attempt to make what is uncertain – certain, which is illusory. But we try – unconsciously through our unexamined defensive processes and more consciously, through cognitive dissonance.
Our severed access to the fullness of our emotions leaves us seeking out vicarious emotional connections – we need to feel something, anything.  For many of us this can lead to a range of addictive behaviors. There’s a growing understanding that despite some biochemical dispositions to certain addictions, the real source is our growing disconnection from meaningful human bonding.

Life is Inherently Risky
The brain likes variety – but it loves certainty. It has less work to do when it’s processing the known.  The quest for control of the unknown is part of the human legacy. But modern life has become far more complex outgrowing the personal and collective rules that deluded us into thinking we ever had much control.
Western mindsets have contributed to illusions of certainty – elevating the powers of mind and devaluing the quixotic ramblings of emotions. The promise is that if we just get it right – using the power of our intellect, we won’t suffer.  Our new savior is technology. We’ll live longer, better and with more control than ever. We’ll minimize risk through our mental genius. Isn’t that the new collective dream?  Undoubtedly, many will benefit from advances in future technology, but it won’t solve the problem of our inability to tolerate our emotional discomfort and compensatory behaviors.
Perhaps the starting point is to stop letting fear define and separate us. We cannot skip, overcome or outsmart the vulnerability – the fragility of our humanness.  Not if we want to be fully alive. But we can bring it out of the dark and work on it – together.

I will not die an unlived life,

I will not live in fear

Of falling or catching fire.

I choose to inhabit my days

To allow my living to open me,

To make me less afraid,

To loosen my heart

Until it becomes a wing,

A torch, a promise.

I choose to risk my significance; to live

So that which came to me as seed

Goes to the next as blossom

And that which came to me as blossom

Goes on as fruit.

By Dawna Markova, from the book I Will Not Die an Unlived Life