Well-Being is a Skill 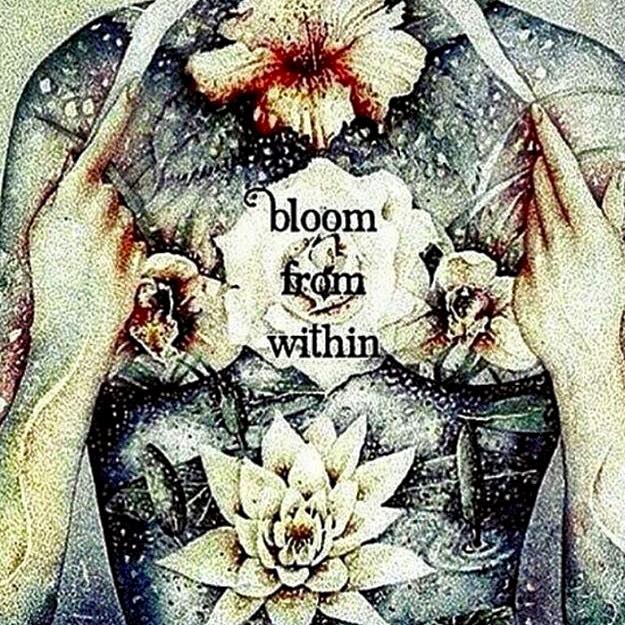 Why is so little self-knowledge taught in most schools?

Sure, there’s the Life Sciences curriculum where you’ll get some information on anatomy and communicable diseases, but mostly what we learn in school is focused on the externals. With rare exceptions, most children graduate high school with little information about how their bodies, minds and especially their emotions, work. Most of us reach adulthood, with limited self-care skills; often saddled with  collective beliefs like “we are the way we are.” Despite major scientific advances in understanding the brain, physiology  and life-long development – most people still believe they can’t change.

Not so, according to neuroscientist Richie Davidson, founder of the Center for Investigating Healthy Minds at the University of Wisconsin-Madison. Davidson, who coined the term, well-being is a skill, points out that the brain changes, over time, in response to experience. Most of the time, he adds, these changes are not “intentional.” But the evidence clearly shows that with deliberate intent most of us can learn to cultivate healthier habits of mind and body.  Davidson’s work and message are clear, “It is the neuroscientific evidence particularly which shows us that the circuits in the brain that are important to underlying well-being exhibit plasticity—it changes as a consequence of experience and as a consequence of training. We know that the brain is constantly being changed, wittingly or unwittingly.”

Without promoting pie-in-the sky prescriptions for “happiness solutions,” or physical transformations there is a significant body of growing research that shows that mental training coupled with sustained behavioral applications can increase our well-being. We may learn in the not-so-distant future, just how significant that impact can be. In addition to Dr. Davidson’s explanation of how the brain’s neuroplasticity enables change through intentional (and unintentional) experience, new research points the ways we can work to build stronger, more integrated mind-body connections.

There’s plenty of 21st century research that should incentivize us (or at least, arouse our curiosity).
1.      Biology is not necessarily destiny.  Stop right here. If you believe that our biology is static, you may want to challenge that belief. We don’t often do that, so beliefs we’ve accumulated since childhood stay fixed – influencing and shaping our behavior and biology. Since the mid -90’s, there’s been an explosion of information coming from research in epigenetics. Many scientists think that this burgeoning field can help us to understand how biology affects individuals and societies, while some critics contend that the science so far is too broad and ambiguous for rigorous application.
But there’s general consensus that genetic expression is dynamic, less fixed than earlier beliefs about DNA.   Genetic “markers” are being found not only in diseases, but in depression, addictions and even differences in socio-economic status.  Not magical thinking, but understanding these trends can create greater awareness about the role that mental, social and emotional habits and lifestyle can have on our lives.

2.       Your Body-Mind Information is Bi-Directional (and probably multi-directional) . Science is slowly but surely deconstructing the myth of the mind-body split. Though mainstream medical systems still function on a reductionist model, new studies show that neurotransmitters communicate between the so-called “2nd brain,” the gut, to the brain in a constant flow of biologic messages. The body, often ignored and abused, in favor of the primacy of the mind, is a constant source of information about our experience. Neurologist David Perlmutter, author of Brain Maker: The Power of Gut Microbes to Heal and Protect Your Brain–for Life, explains, “The mind depends so much on temperament and the disposition of one’s bodily organs that, that it’s important to  find a way to make people generally more wise and more skillful than they have been in the past.”

3.      Cultivating Your “Positive” Emotions. Increasing emotional intelligence isn’t just about learning to “control” undesirable feelings.   We’re all capable of developing more proficiency in cultivating our more life-enhancing emotions – inspiration, enthusiasm, confidence and curiosity – which have all been shown to influence physical and psychological well-being. And recent studies have reinforced the positive physical and pro-social benefits of emotions like gratitude.  The beneficial effects of kindness and compassion are being vigorously studied with very promising results.On a biochemical level, it is believed that the good feeling we get when we engage these feelings is due to elevated levels of dopamine in the brain, giving us the so-called  “Helper’s High.” In addition to benefits for cardiovascular health and immune-building defense, kindness also appears to impact aging. The “emotional warmth” that results from experiencing these feelings produces oxytocin which reduces free radicals and inflammation in the cardiovascular system, slowing aging at its source.  These emotions also promote mutual pro-social behavior. Studies consistently show that when it comes to staying healthy, both physically and mentally, strong relationships are key factors in longevity.

4.      Working with Your Challenging Emotions. According to Miriam Greenspan, author of Healing Through the Dark Emotions,  “Fear, grief and despair are uncomfortable and are seen as signs of personal failure. In our culture, we call them “negative” and think of them as “bad.” I prefer to call these emotions “dark,” because I like the image of a rich fertile dark soil from which something unexpected can bloom. Also, we keep them “in the dark” and tend not to speak about them. We privatize them and don’t see the ways in which they are connected to the world.” Unfortunately, when we try to keep these emotions in the dark, we lose much of the latent richness and value every emotion holds.
The good news is research is finally illuminating the potential benefits of working with more difficult feelings. Evolution must have had something in mind when selecting emotions like sadness. It’s important to note that these feelings are not depression, although mainstream culture often portrays them as problems to be solved, rather than experiences to be lived.
Sadness may, for example, can be bittersweet—triggered by a loss that makes us unhappy but at the same time that surfaces memories we enjoy. In one study, Professor Joe Forgas  found that “People in a negative mood recall better memories, are better at detecting deception and are less likely to make judgmental errors.”
But why does being sad give us the ability to make a good judgment call?  “As humans evolved, moods came to be used as unconscious signals to inform people of the most appropriate way to process information,” explains Professor Forgas. “A positive mood signalled, ‘all is well, the situation is familiar’, while a negative mood signalled, ‘be alert and vigilant’. Therefore a negative outlook promoted a more attentive and externally focused, information-processing style.” These findings suggest that all moods – even negative ones – can serve a useful purpose

5.      Building Resiliency. What comes to mind when you consider steps towards building your resiliency? While all the obvious factors like adequate sleep, rest, nutrition and physical exercise seem logical, how does helping others sound?  Well, the science is already pointing in that direction.  Looks like developing your innate good towards others is a key factor in your physical, emotional and social well-being.  A large study done at the University of Buffalo found that while stress did not predict mortality in those who helped others, mortality was negatively affected for those individuals who did not help others. Sara Konrath (University of Michigan) discovered that people who engaged in volunteerism lived longer than their non-volunteering peers — but only if their reasons for volunteering were altruistic rather than self-serving.
Even meditation alone did not improve the vagal tone (The vagus regulates how efficiently heart rate changes with breathing and, in general, the greater its tone, the higher the heart-rate variability and the lower the risk for cardiovascular disease and other major killers) of one half of the participants in a small study conducted by Barbara Fredrickson at the University of North Carolina.  Despite their meditation practice, only the participants instructed to specifically focus on generating thoughts of loving kindness and compassion towards others showed vagal improvements.

“The biggest news is that we’re able to change something physical about people’s health by increasing their daily diet of positive emotion, and that helps us get at a long-standing mystery of how our emotional and social experience affects our physical health,” says Fredrickson.  Taking a more global view of what well-being means to us is a necessary prerequisite to making changes in our lives.  As new science continues to emerge with evidence showing the impact of our thoughts and feelings on our lives, thinking about how we think may be as important as anything else we do to stay well.