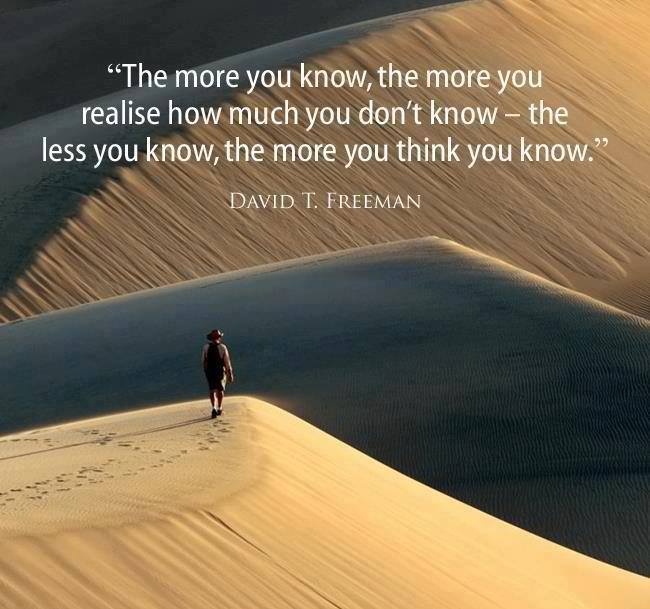 Mindsets aren’t a new concept to me. I’ve been working with my own for a long time. I’m now conscious that I’ve constructed walls and obstacles that are buried deep within my thinking patterns.  I’ve also had the good fortune to understand that many of these blocks in my thinking aren’t even my own. I inherited them or was taught them by the powers that be around me as a child, adolescent and less so – as an adult.  As I wrote in Blind Spots, thinking about my past I’m still amazed at what I could not see.  When these blind spots are revealed, I feel myself a little freer – a little more like me.
We don’t teach our children about their mindsets.  By mindsets, I mean that constellation of thoughts, beliefs (assumptions, expectations) that give rise to feelings and result in behaviors.  The closest most mainstream  pedagogy gets to that language is critical thinking.  As a culture we don’t value helping children become students of their own minds.  We still rely on group conformity while praising individual talents.
Unfortunately, formal education has become more about competing and winning with little emphasis on deep analytical learning.  While in the past a liberal arts college education often afforded the rare opportunity to learn the tools and value of self-inquiry, schools today are moving to curriculum and culture geared to the job market.
Victor Ferrall, president emeritus of Beloit College and author of Liberal Arts at the Brink, has said, “The problem is not that some place  that call themselves “liberal arts colleges” really aren’t anymore, but rather the number of Americans who see the great value a liberal arts education provides is dwindling. In today’s job market how is anyone going to get a job as an anthropologist or historian, let alone a philosopher or expert in 19th century literature?”
Not only should we question whether the future will be filled with nothing but technologists, engineers, bankers and attorneys – but will it be barren of historians, librarians, poets and artists?
Will it make a difference to future employers that we can now prove that good literature is good for your brain?  Turns out neuroscience research is demonstrating that when we read Shakespeare and the poets we get a much bigger brain boost than self-help and easy reads. According to Liverpool University professor Phillip Davis, “Poetry is not just a matter of style. It is a matter of deep version of experience that adds the emotional and biographical to the cognitive.”

In her book Mindset, Carol Dweck writes about fellow psychologist Aaron Beck who realized that his clients were stuck because it was their beliefs that were causing their problems. “Just before they felt a wave of anxiety or depression, something quickly flashed through their minds. It could be: “Dr. Beck thinks I’m incompetent.” Or “This therapy will never work. I’ll never feel better.” These kinds of beliefs caused their negative feelings not only in therapy sessions, but in their lives, too.”
I’ve often written about beliefs in these pages because I understand that without an honest, deep and consistent examination of the beliefs that drive us personally and collectively (in relationships, families, teams, organizations, cultures) we’re never going to get beyond today’s thinking which is essentially a rehash of yesterday’s thinking.  We’re still too afraid of tomorrow’s disruptive thinking – we don’t understand it, we haven’t figured out how to control it.  And that’s part of the problem – we can’t control it and we don’t really know that yet.
Every person, group and society reaches plateaus in thinking. The problem is most of us do not recognize it.   We keep persisting at trying to perfect problem-solving. As most employees know many senior leaders describe themselves as solutions-oriented.  Don’t bring me problems, they say, bring me solutions.  Hey, solutions are a good thing – we need millions of them to “solve” today’s gargantuan problems.  But what we need more of is an understanding of how we think about what we think – and why.   As Einstein famously said, “We can’t solve problems by using the same kind of thinking we used when we created them.”
Even such helpful interventions as cognitive therapies often just tweak around the edges of fundamentally deeper beliefs that are rooted in our personal and cultural systems. Carol Dweck gives the example of Alana who does poorly in a test and complains to her therapist, “I’m stupid.” Dweck says that “Cognitive therapy would teach her to look more closely at the facts by asking, “What is the evidence for and against your conclusion? Alana may after prodding, come up with a list of ways in which she was competent in the past, and may confess, “I guess I’m not as incompetent as I thought.”
Dweck points out that while cognitive therapy helps people make more realistic and optimistic judgments it may not take them of out the fixed mindset and its world of judgments. It does not confront the basic assumptions – the idea that traits are fixed that is causing them to constantly measure themselves.  It does not, Dweck asserts, escort them out of the framework of judgment and into the framework of growth.
Dweck’s example of Alana is a fitting analogy for how many individual and collective systems operate. We adapt (through thoughts, beliefs, feelings and behaviors) to the systemic undercurrents that establish and reinforce our conditioning.  Quantum Shifting author, John Wenger writes, “A living system such as a family or a business operate with a number of norms which remain largely unspoken. Just as families have an idiolect, a set of values and beliefs and ways of doing things “properly,” so do organizations. These unwritten and unspoken rules maintain the status quo by “training” people how to act and unless new information enters the system, it will continue to operate as it always has. Species adapt to their environments in order to be successful. The same is, of course, true for us.”

According to songwriter Leonard Cohen, “there’s a crack in everything – that’s how the light gets in.” There are people who don’t want to change. They fight against it every step of the way.  These fixed-mindset types expect the world to conform or change around them.  They ignore facts and distort information that challenges their world-view.  But most important, they don’t take in other people’s experiences. It is the classic – I’m right and you’re not lens.  We all know people like this.  This, of course, is also true of organizations and other systems – some may even profess change in their marketing and public relations rhetoric – but their actions are dedicated to maintaining the status quo.
What they don’t seem to know even when they seem to know it is that maintaining the status quo is impossible.  We’re all suffering under the burden of fixed mindsets – resistance is a terrible drain on energies and the burnout from trying to constantly adapt is debilitating. At some level, whether we operate with a fixed or growth mindset we understand that something is deeply wrong in our cultures. Systems, as we say, are broken.  Organizations demand resiliency and yet construct systems that challenge it.  American culture, even with its dwindling global impact, continues to model the brand of self-determining individualism that defies the logic for the necessity of collective solutions.
With all its benefits, technology has enabled an avalanche of non-stop information that often makes life seem more complicated and disturbing than it already is. Sociologist Barbara Katz Rothman calls it, “ incapacitating knowledge.”  We’re trying to sort through it using our old mindsets which do not recognize value or respect emotional boundaries and impact.  There’s conflict all around us yet we still don’t develop the capacity to talk to each other in constructive dialogue.  The word denial is being used with greater frequency to describe these states of mind.
In her inspiring book, The Green Boat: Reviving Ourselves in Our Capsized Culture, author Mary Pipher shines a light, “Fixing inner and outer space are the same process. We can’t heal ourselves without healing our environments. And everyday there is evidence of more positive change.” More of us know this now. Conversations like this are taking place all over the globe.  Talk of broken systems and fossilized organizations have made their way out of academia and into social media –even into some management circles.   The boat’s shaking but it’s not tethered to the dock anymore.
Every time we take a step out of the past – moving away from fixed mindsets that would try to deny the realities we face – and the needs we share, we make life a little richer for all of us.  The fixed mindsets would tell us we need the experts to solve our problems – I’d say what we need are more growth mindsets thinking together.
This is doable.
Thanks for reading, commenting, tweeting, subscribing, sharing and liking these posts. It’s much appreciated.
Louise Altman, Partner, Intentional Communication Consultants
Related Articles: Question the Answers: Using Critical Thinking to Change Workplace Dynamics, The Power of Beliefs at Work, Humanizing Workplace Relationships: People Aren’t Tasks