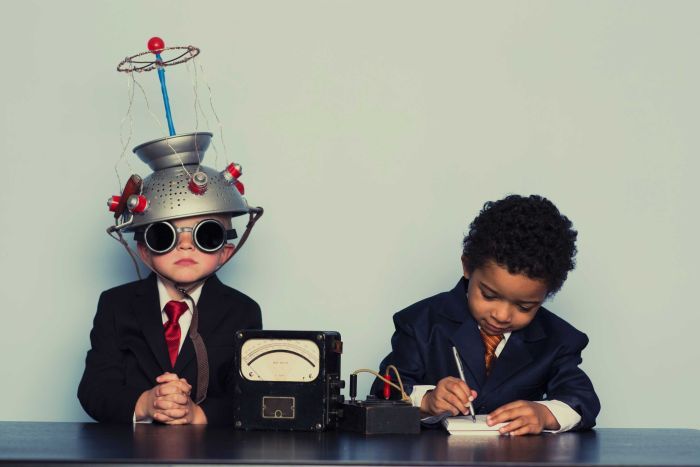 Most organizations and their leaders take pride in updating their systems with the latest technology and equipment. They devote significant resources to ensure their employees are using state of the art processes and materials.

Most organizational leaders would agree that without constant upgrades, they would be trying to achieve success with their hands tied behind their backs.
That’s why it is so baffling that so many of these leaders and their companies continue to operate their most precious “assets” – their employees – using badly dated thinking, outmoded concepts and really old-school beliefs. As the data from neuroscience continues to mount, we wonder why this crucial evidence-based information is still being so widely overlooked?
One problem is focus – most business leaders simply aren’t focused on this type of information.  Some might argue that it is due to a lack of understanding of human dynamics. Many organizational leaders continue to rely on old management philosophies and the mostly discredited theories behind them. Another thing that keeps old management thinking and systems in place is the persistent belief that psychology is not relevant to business.  Certainly our cultural views and policies on mental health reflect a deep seated reluctance to accept the primacy of psychological health in our overall well-being and success.

But in the last fifteen years, there has been unremitting neurological research which reveals fundamental insights about how we humans function.  This information is not arbitrary – it’s factual.  These studies impact everything about how we structure work. They show how brain functions affect perception, emotion and conscious thought.
While the growing  body of neuroscience  must stand the scrutiny of further research, we can begin to see applications in the workplace. These core ideas have implications for all management practices:

Rock says, “Labeling and understanding these drivers draws conscious awareness to other non-conscious processes which help in two ways. Knowing the drivers that can cause a threat response in others enables people to design interactions to minimize threats (for example, knowing that a lack of autonomy (for some) may activate a threat response, a leader may consciously avoid micromanaging their employee. Second, knowing about these drivers can activate a reward response enabling people to motivate others more effectively by tapping into internal rewards thereby reducing the reliance on external rewards such as money.”

It raises important questions, for example, about some of the “staples” of the modern workplace like performance reviews and motivation tools that have no basis in understanding individual and group dynamics in light of the social neuroscience.

When we suppress any emotion –the resources that are involved in suppressing that emotion come from the same area of our brains (the Pre Frontal Cortex or PFC) that is used for problem solving and analytical thinking.  Like a car, the PFC has only a limited supply of fuel, and if we are using that fuel in another area, then you can believe that there is less fuel to service more important things like being effective on the job and managing your other emotions.

UCLA researcher, Dr. Matthew Lieberman, found that learning to “label” our emotions maximizes cognitive ability.  He asserts that using simple language to “name” anticipated and experienced emotions, actually lowers  the arousal of the limbic system producing a quieter brain state. This in turn, allows the PFC to function more effectively.   According to Dr. Libermann,”When you attach the word ‘angry,’ you see a decreased response in the amygdala, when you attach the name ‘Harry,’ you don’t see the reduction in the amygdala response. In the same way you hit the brake when you’re driving when you see a yellow light, when you put feelings into words; you seem to be hitting the brakes on your emotional responses. As a result, an individual may feel less angry or less sad.”

The implications of these findings in the workplace (and beyond) are staggering. While we are busy pushing down our true feelings (in some cases we call this being “professional”) we’re not only denying our real experience but we are taxing our cognitive functions and wasting precious brain fuel in the process.

Dr. Jeffrey Ellenbogen, a neurologist at Harvard Medical School explains, “There is a cultural bias against sleep that sees it akin to shutting down – or even death. Most people think of the sleeping brain as similar to a computer that has gone to sleep. Wrong. Sleep enhances performance, learning and memory. Most unappreciated of all, sleep improves creative ability to generate aha! moments and to uncover novel connections among seemingly unrelated ideas.”

While nap rooms in today’s corporations are still rare, resting the body and mind doesn’t just depend on a nap.  Increased workloads and cyber overload all contribute to a general sense of overwhelm and exhaustion.  It’s not uncommon for people to work 12 hours a day, which in many cases has become the new normal.  Many organizational leaders model and expect it.  But findings in neuroscience signal that an entirely new mindset needs to inform how and how long people should work to perform optimally.

A simple description of mindfulness is “slowing down and examining one’s thought process and learning to be in the moment.” Simple enough it seems, but a tall order for most people. UCLA researchers also describe mindfulness as a technique where someone pays attentions to their thoughts, present emotions and body sensations, without “passing judgment or reacting.” The result is that the amygdala is less activated and emotions are less intense. A major Canadian study showed mindfulness to be as effective as antidepressants when it came to preventing depression relapse.  Other studies show it offers significant benefits in response to stress and anxiety.

The good news is that what we are learning about the brain and its effect on our well-being and work performance is rich with promise.  And nearly every study brings more useful – and potentially life changing information. The mysteries of the brain are unfolding.  Only a generation ago, we believed that our brains were static and fixed, prone to inevitable atrophy.  Now we are beginning to understand that the brain can rewire itself in remarkable ways. And we are the catalysts!

The not-so-good news is that what often remains – as stagnant and immobile as our brains are not – are the ways we still cling to old ideas about organizational systems that do not maximize human performance.